By Allison EpsteinOctober 12, 2017 No Comments 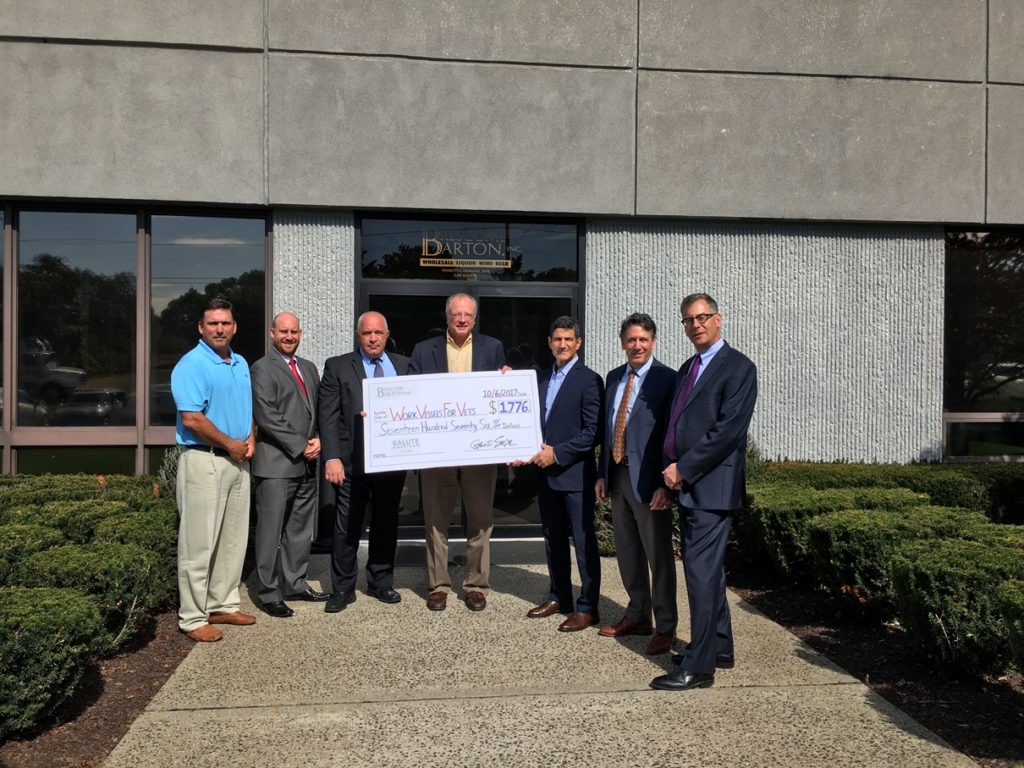 Brescome Barton, Inc. is the largest wholesale distributor of spirits, wine, and beer in the state of Connecticut. In business since 1936, the company has grown significantly through acquisitions and new supplier relationships and continues to grow each year through additional appointments of suppliers and brands.

“Brescome Barton is proud to support Salute American Vodka and the company’s contributions to Work Vessels For Vets,” says Gene Sepe, President of Brescome Barton, Inc. “In addition to the first dollar of every bottle sold that is donated by Salute American Vodka, Brescome Barton also donated over $5 for every case sold, from launch through September.  It is our honor to help support veterans that have served our country.  We believe in the Work Vessel For Vets mission and the opportunities they give these veterans to continue to serve our communities in other capacities.”

Salute American Vodka works with distributors and retailers as partners to localize the charitable dollar and boost product sales. The company connects with charities that are local to its partners helping them highlight their impact in their own communities.