By Allison EpsteinAugust 15, 2017 No Comments

Charitable Spirit Continues to Expand Across the Country 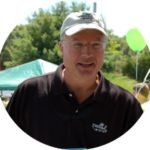 BRANFORD, Conn. – Salute American Vodka, a Connecticut-based, American-made, craft vodka company, is proud to announce John Niekrash, of Mystic, Conn., as president of the brand, effective Aug. 15. As president, Niekrash will spearhead the expansion of the patriotic spirits into bars, restaurants and retailers across the country, thus increasing the brands charitable impact in the veteran community.

Niekrash brings more than 40 years of industry experience to Salute American Vodka, which donates the first dollar of every bottle sold to organizations that support veterans and other American heroes. Having previously held executive positions with Paddington, Skyy Spirits and, most recently, Proximo Spirits, Niekrash has a handle on Salute American Vodka’s grassroots approach to partner with retailers and distributors to localize financial contributions to help veterans in their communities, town by town, state by state.

“John is the perfect fit for Salute American Vodka as he has spent more than three decades in the liquor industry and at the same time started one of the most successful veterans’ charities in the country,” says Michael Lutz, Salute American Vodka Operations Manager. “We are thrilled and honored to have him join the team and help us expand sales across the country to further our impact in the veteran community.”

Niekrash also brings a passion for philanthropy and helping servicemen and women. He is the co-founder of Children of Restaurant Employees (Core Gives), a nonprofit that supports the children of food and beverage employees who are navigating life-altering circumstances or conditions. And, he is the associate founder and chairmen of one of Salute American Vodka’s charitable partners, Work Vessels for Veterans, a nonprofit that equips America’s returning veterans with the tools they need to start a business or pursue career education or training. Since its inception in 2008, Work Vessels for Veterans has assisted more than 1,600 veterans in 48 states with more than $2 million dollars in “vessels,” including boats, trucks, computers, cars, tractors and equipment, in part thanks to support from Salute American Vodka.

“I’m honored and excited to join the Salute American Vodka team to help expand the distribution and sales of this great brand to markets across the country,” says Niekrash. “Assisting our military veterans with their transition to civilian careers is a passion of mine, and growing Salute American Vodka will enable us to dramatically increase that assistance.”