By Allison EpsteinOctober 5, 2017 No Comments 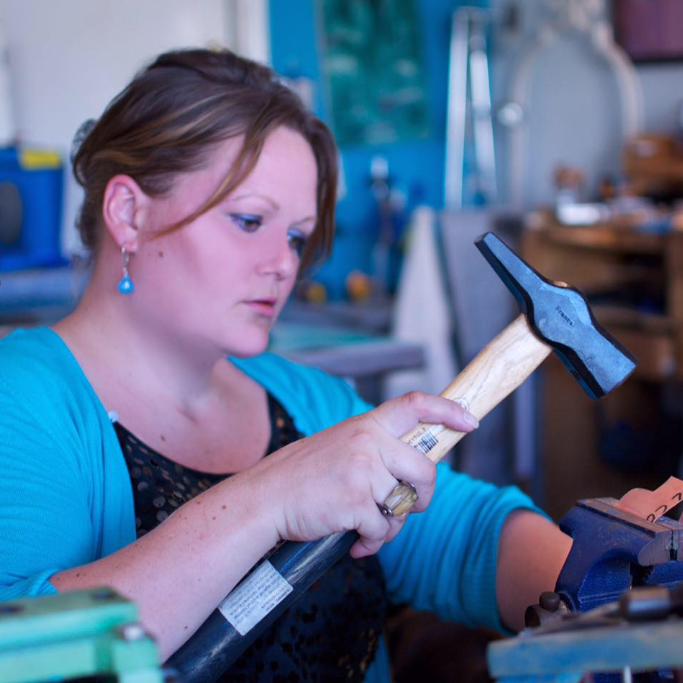 While studying criminal justice at the University of Alaska, Tara Hutchinson, an Anchorage native, enlisted in the United States Army to travel the world and help pay off her student loans. From 2000 to 2010, she served as a military police officer. She participated in one two-year tour in Korea and a second tour in Iraq that was cut short by an injury. Her leg and her femoral artery were severed. She bled out causing her heart to stop for 18 minutes. As a result, Hutchinson suffered a brain injury that left her with symptoms that are similar to Parkinson’s disease. She was immediately discharged and spent the next six months in and out of the hospital undergoing multiple surgeries.

Hutchinson’s return to civilian life was anything but normal. Driving through overpasses, walking passed parked cars, and the sound of fireworks caused her to panic. She could feel children staring and would often field questions from strangers about what happened to her. Her self-esteem plummeted. It wasn’t until her therapist suggested that she try a hobby to strengthen her motor skills that she discovered her passion for jewelry making. Hutchinson turned to Work Vessels for Vets for help to help launch Tara Hutch Fine Jewelry.

“I was devastated,” says Hutchinson, 41, now a San Antonio, TX resident. “Everything about my daily routine was different – I couldn’t move my hands and it was difficult to feed myself. Six months into making jewelry, the movement in my hands was almost back to where it was before my injury. Over the next two years, I purchased every jewelry-making book and magazine I could find. I didn’t know how to start my own business, but I was going to figure it out. I started my company in 2008, which became a legal entity in 2013. In 2016, I presented my business plan to Work Vessels for Vets and within weeks I was helped.”

Through Work Vessels for Vets,  Hutchinson was awarded a precious metal welder, valued at $5,000, which was purchased with funds from Newman’s Own Foundation and matched by the nonprofit’s donors, including Salute American Vodka. Overnight, the new piece of equipment for her home studio increased her productivity by more than 60 percent. She and her assistant, Porkchop, her pit bull, were floored.

“Before the metal welder, I spent thousands of dollars melting or cracking and then replacing precious gemstones and other materials through trial and error,” says Hutchinson. “Now that I have the proper machinery, I can focus on the business model, part of which is to give back to women. I know what it feels like to not feel beautiful. My life’s new purpose is to make sure women know just how beautiful they truly are.”

In addition to her home studio, Hutchinson’s jewelry is sold at local galleries, boutiques, and fairs. Her next goal is to open her own boutique outside of her home studio and get her jewelry into Army and Air Force Exchange and Sundance Catalog. In the next ten years, she hopes to carry paintings and sculptures created by fellow veterans in her own space as a means to pay it forward.

“Only a small percentage of the U.S. population serves in the military, yet these incredible people who selflessly sacrifice everything for our country often seem to be helped the least,” says Hutchinson. “It is so important for organizations, like Work Vessels for Vets, to exist to help veterans get their feet off the ground. Having my own business and feeling like a productive member of society is amazing. There is no greater gift.”