Salute American Vodka partners with restaurants and retailers across the country to support veterans in their local communities. This summer, one of the brand’s newest partners, Rocky’s Aqua in Clinton, Conn., sold an impressive 10 cases of the charitable spirits in seven weeks, making the restaurant one of Salute American Vodka’s most successful on premise retailers this season. As always, the first dollar of every bottle sold goes directly to nonprofits that support veterans and other American heroes.

Rocky’s Aqua has undergone several transformations in the last 40 years. Formerly known as Top of the Dock, Christopher’s Pier, Dead Eye Dicks, Billy Baroos and Aqua, it remains a staple along the Connecticut shoreline. The waterfront restaurant offers an American menu, a warm and welcoming staff and picturesque views of the Long Island Sound from the entire venue. At the heart of the business is its owner of nine years, Rocky Ross, a restaurateur, world traveler and philanthropist.

“Giving back is something that is very important to me and my employees,” says Ross, who also owns Rocky’s Aqua on the Beach in the Dominican Republic. “Carrying Salute American Vodka was a no-brainer. Not only is the vodka 100 percent American-made, but we are able to help veterans who have scarified so much for our country through the sale of the locally-founded craft spirit.”

“Due to location and season, God willing there will always be foot traffic at the restaurant,” says Ross. “My staff is the reason we were so successful with our sales of Salute American Vodka. They are a wonderful group of people and we are like a family. We believe in the mission and message of Salute American Vodka. And, the taste is great too! It was an easy sell.”

Philanthropy is ingrained in Ross both personally and professionally. In addition to supporting local charities, he has spent time in the developing world dedicating his time and skills to helping others. He has built houses in the Dominican Republic, installed stoves for the impoverished in Central America, tagged and tracked animals on a reserve in South Africa and taught English as a third language in Thailand.

Prior to owning Rocky’s Aqua, Ross worked for 10 years in medical sales and then 21 years in the insurance business, owning his own agency. Through it all, what he is most proud of is the family he has built through his restaurant.

“We consistently provide really good food, we are in a wonderful location and our staff is phenomenal,” says Ross. “Since the day I started working here, there hasn’t been one day that I have woken up and didn’t want to come to work. Please stop in and experience it for yourself. And, enjoy a Salute to Summer!” 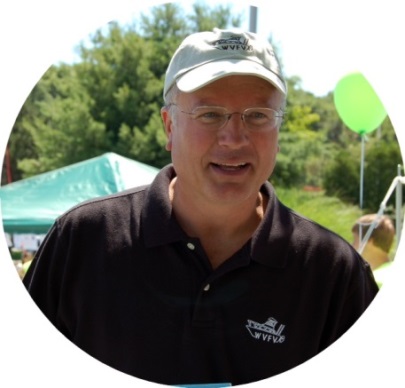